While u are traveling in paths, valley lines and very green village gardens which cars cannot go in, would u mind if u were travelling on horseback? There is no need to be a very good rider, moreover this can be your first experience. You will go on exploring hidden tracks of Cappadocia, while qualified guides lead you and even your children. You can join the horse tours in hour or day duration... 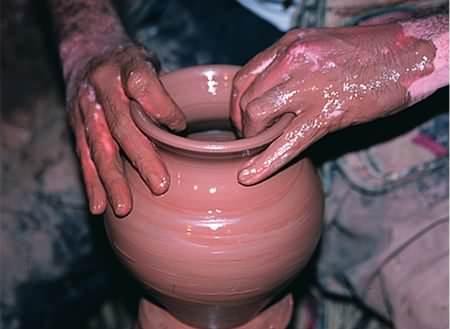 Avanos , 8 kms away from Goreme, has been the center of pottery making for thousands of years. In the second quarter before common era, Avanos was the commerce center of Assyrians. Later, Hittites took the the place of Assyrians. Some of the technics and designs has been used since those times. Most of the ceramics and pots are sold in Istanbul and other cities today. You can watch traditional pottery making and you can live this experience too. 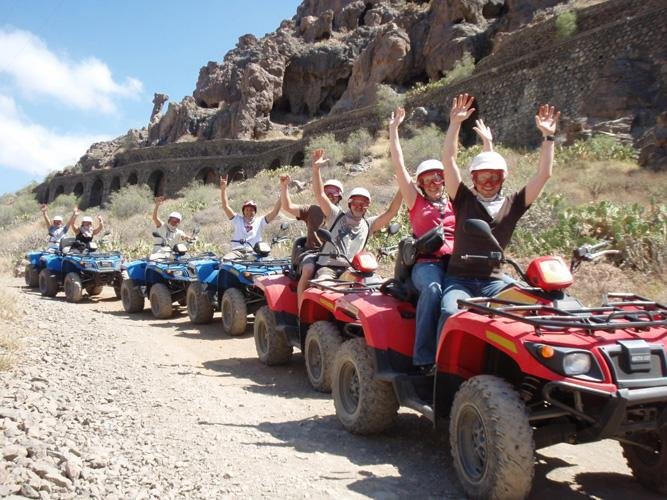 ATV motor safari, designed for persons who want to be away from the boredom of this world, take time off oneself and feel some excitement, is just for the ones who fear from riding motorbike but would like to taste the enjoyment. These are the daily pleasure travels and tours away from asphalt-paved roads and crowd in order to; explore matchless panoramic view of Cappadocia region, live an adventure in the tracks which are hilly and crumbled into dust, let rest both your eyes and your soul by becoming a united whole with nature in the greenery of pines, under the blueness of sky, between the purpleness of mountains and redness cover of fairychimneys. This is a vehicle you will not need licence and will drive without any fear with its four wheels, feel great fun and safari enjoyment, full of adrenaline and enthusiasm in environment, sometimes muddy or wet and sometimes full of panorama and nature... 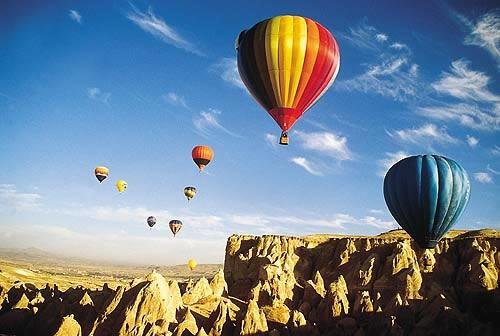 The balloon tours, which are symbol of Cappadocia, are the most effective way of perceiving imcomparable beauty of the region. You will have the chance to take the notice of picturesque beauties while flying up in the air slowly. The balloon tour which takes 1 hour and 15 minutes takes you away to the farthest points of Cappadocia civilization that u cannot reach by walking.

Our guests are taken by our transports from the hotel and carried to the take-off area between 05.00 - 05.30 in the morning.

A light open buffet breakfast is served while the balloons are prepared for the flight. Meanwhile the voyagers find opportunity to watch the preparation of the balloon. The balloons take off at about 06.00. The sunrise and overall Cappadocia scenery are viewed by rising up to approximately 1000 feet. Then view of fairychimneys and valley panoramas are seen for taking some photos by going down inside the valleys.

The flight takes about 1 hour 15 minutes to 1 hour 30 minutes. By landing, a celebration ceremony with champaign is given and flight certificates are presented to the voyagers as flying memory. 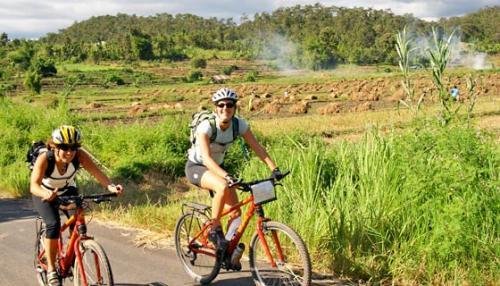 You can have a tour of Cappadocia where has been host position for bicycle festivals for years around fairychimneys and valleys that have historical riches. We guaranty that you will have an extraordinary enjoyment and excitement in Cappadocia bicycle tour. 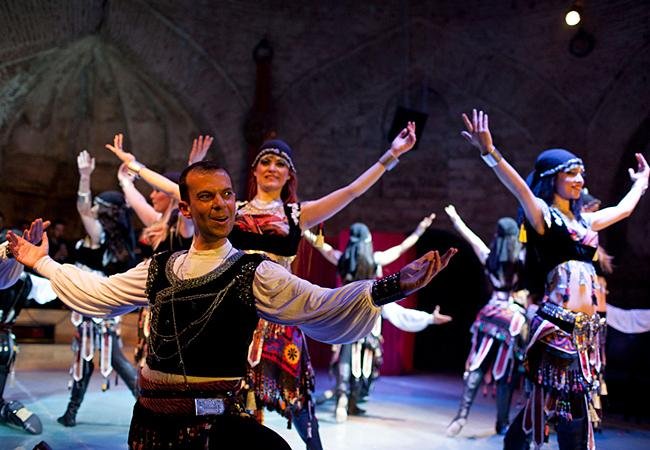 Folk dances gathered from different parts of Anatolia reflects local peoples daily life and cultural riches. The rhythm and system, formed by personal skills with team soul, turns into dances with colour and harmony of music. You will both watch and join the "Turkish Night" entertainment which has whirling, traditional music ceremony, folk dance (folklore), animations and belly dancer show, which are some samples of our rich culture. The programme starts at 20.00 and continues till 23.00-23.30 every evening. 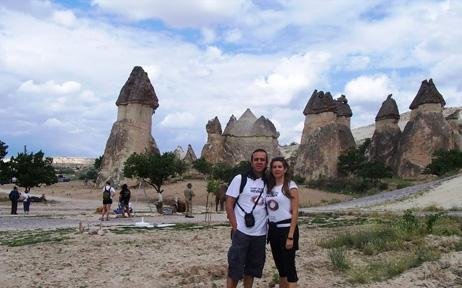 Walkings, made in order to watch all the beauties that the nature has presented us, touch them, feel the peace in it and breathe the oxygen in the nature, has always been source of inspiration for new explorations. As every part of country has a different beauty, some parts of it is only in our country and Cappadocia is the premier. We invite you to Cappadocia region, the most suitable place especially in nature tracking, with its unlimited service consideration, whether u have tracking experience or not, to taste all the beauties in the nature and to explore the peace it involves. 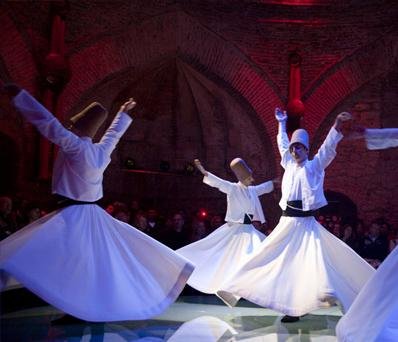 It is a part of Turkish history, customs and beliefs and has been formed and developed by Mevlanas inspiration. This represents an interior way to maturity, the going and coming. Whirling is of 7 parts. Each part reflects a different a meaning... If we examine whirling from the scientific point of view, we see that: The main term to exist is twirling. The common similarity between the beings is that twirling of electrons and protons in the atoms that are found in from the smallest particles to farthest stars. As everyting whirls, human beings whirl naturally unconsciously, as the blood whirling in the metabolism, coming from the ground and going back to ground again, whirling with the world at the same time. But the thing that makes human being different from other existances is their intelligence. That is, WHIRLING DERWISH adds intelligence to the whirling which is the beings common movement... WHIRLING is to focus the reality, emerging with intelligence - adoration, quiting the desires, becoming nonexistent via The God, matured, absolute man, returning back as human being. This returning back is something returning back to all the existance, all the creations with a new soul for love and duty...